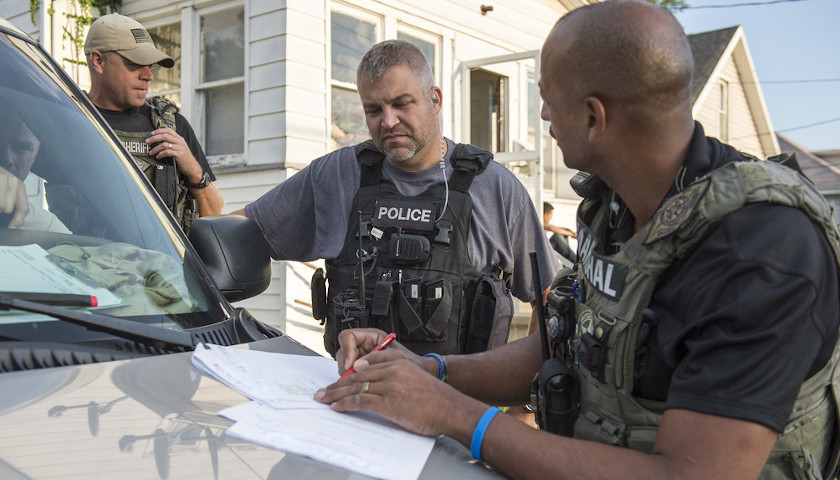 The woman in Winston Smith’s car when he was killed is suing local authorities for “emotional trauma” and claims her civil rights were violated. Norhan Askar also has made mention of suing the U.S. Marshals service as well. Askar, Smith’s girlfriend, was sitting next to Smith when U.S. Marshals shot and killed him while trying to apprehend him for a weapons violation.

As was reported by WCCO, Askar is demanding $15 million from the U.S. Marshals and is giving them six months to resolve the issue or they will “file a federal civil rights and torts claim.” WCCO also reported Askar is filing a personal injury claim against Hennepin and Ramsey counties, and against the Hennepin and Ramsey County Sheriff’s Offices, and against the two deputies who fired their weapons.

She claims that her civil rights were violated, that the officers were negligent and committed assault, and caused emotional distress. Askar claims “the authorities did not identify themselves as law enforcement as they surrounded the SUV, pointed guns at her, shouted commands and ultimately fired their weapons.” She was also allegedly hurt by broken glass during the encounter.

As reported by The Minnesota Sun, Smith was killed after failing to follow instructions of officers in the U.S. Marshals service and pulling a gun on the officers making the arrest. As reported by The Sun, “Smith, a Black man, had a warrant out for his arrest after failing to appear in court for a probation violation hearing, which would have sent him to prison. He was on probation for 1st degree aggravated robbery. Smith had a total of 19 prior criminal, traffic, and petty convictions.”

A spokesperson for Hennepin County told WCCO that she “wasn’t aware” of the lawsuit and it would be “inappropriate to comment if litigation was pending.”

Hayley Tschetter is a reporter with The Minnesota Sun | Star News Network and The College Fix. She graduated with a degree in Communications from the University of Northwestern-St. Paul. Send news tips to hayley@volente.biz.
Photo “US Marshals Service” by Office of Public Affairs. CC BY 2.0.