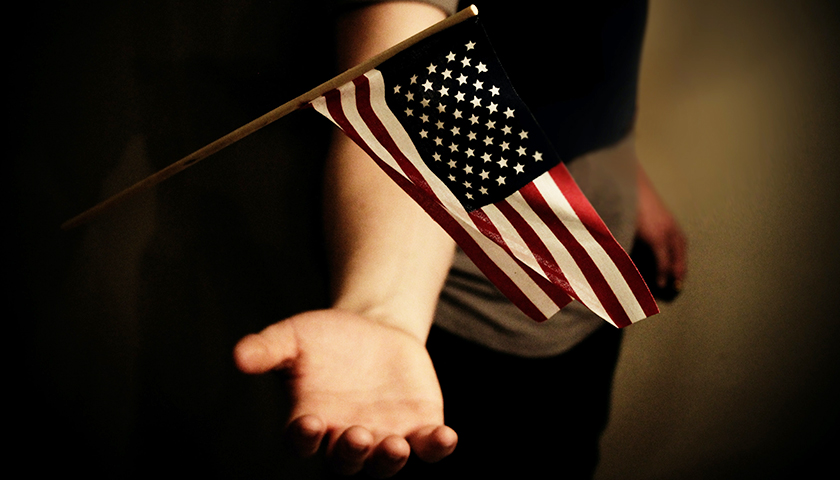 On July 19, Hillsdale College released the 1776 Curriculum, a package of American history and civics materials for students in kindergarten through 12th grade. The curriculum offers students and teachers a more traditional and patriotic approach to American history than the critical alternatives now prevalent in the nation’s primary and secondary schools.

At nearly 2,500 pages, the 1776 Curriculum is a mammoth collection of teaching materials, offering grade-specific guidance for teachers, assignments and exams for students, and a trove of primary sources from the American founding and beyond. In a press release, Hillsdale’s assistant provost for K-12 education Dr. Katherine O’Toole contrasted what she described as Hillsdale’s “truly American” curriculum with its “partisan” competitors.

“Our curriculum was created by teachers and professors – not activists, not journalists, not bureaucrats,” O’Toole said. “It comes from years of studying America, its history, and its founding principles, not some slap-dash journalistic scheme to achieve a partisan political end through students. It is a truly American education.”

The curriculum includes teaching materials on American civics, government, the American founding, and the Civil War. Hillsdale says that its curriculum will be expanded by the end of 2021 to cover colonial America, the early days of the republic, the Gilded Age and Progressive Era, the Great Depression, World Wars I and II, the Cold War, and modern America.

The curriculum’s release comes as schools across the United States adopt teaching materials inspired by the tenets of critical race theory and the New York Times’s 1619 Project, which claims that America’s “founding ideals were false when they were written.”

RealClearEducation asked O’Toole whether the 1776 Curriculum was intended as a response to the 1619 Project. She denied that Hillsdale had any such motivations when creating the program.

“Unlike the 1619 Project and its politicized curricula, the Hillsdale 1776 Curriculum doesn’t use history as a weapon to fight current political battles. Instead, the Hillsdale 1776 Curriculum is a reflection of the honest study of history that has been going on at Hillsdale College and its dozens of affiliated K-12 schools for decades. It’s a content-rich curriculum covering American history, American government, and civics – the complete story of our nation that is honest, inspiring, and unifying,” she said.

While an overtly patriotic American history curriculum might be accused of downplaying sordid facts of the nation’s history, the 1776 Curriculum references slavery nearly 2,000 times. It is forthright in acknowledging the institution as a “glaring” example of America’s failure to live up to “its founding ideas.” To O’Toole and Hillsdale, the question isn’t whether to teach about slavery, but how to teach about it in the context of America’s lofty founding principles.

“[T]he more important thing in American history is that which has endured rather than that which has passed,” O’Toole wrote to teachers in a letter attached to the curriculum. “[T]hat is, America’s founding principles which have outlasted and extinguished from law various forms of evil, such as slavery, racism, and other violations of the equal protection of natural rights.”

In contrast to curricula riddled with impenetrable jargon, the 1776 Curriculum is written in an accessible style for students and teachers. It is also short on prescriptive guidance for teachers and encourages them to read primary-source materials alongside their students. O’Toole told RealClearEducation that the curriculum is open-ended by design and meant to foster an environment of mutual enrichment in the classroom.

“The beauty of our curriculum is that it respects the authority and the role of the teacher as the vehicle through which the students come to understand the material,” she said. “Rather than giving teachers a script to read from – which is demoralizing to the teacher and fails to respect the dignity of the profession – we give teachers the tools to do their own studying and preparation. This ultimately comes to life in a classroom where the curriculum, the teacher, and the student join in pursuit of truth.”

The 1776 Curriculum is also free for public use, according to Hillsdale’s vice president of Washington operations Matthew Spalding.

The decision to make the curriculum free was rooted in Hillsdale’s view of the importance of civic education. O’Toole told RealClearEducation that nothing less than the future of the American republic hangs in the balance.

“As today’s students are tomorrow’s future leaders, a robust civic education is necessary to ensure students can rise to the challenges of the years to come. They must also be properly equipped with the knowledge of not just their rights and freedoms in our republic, but their duties and responsibilities as well,” she said. “Thankfully, this is precisely what our curriculum seeks to do.”

John Hirschauer is a staff writer for RealClearFoundation.