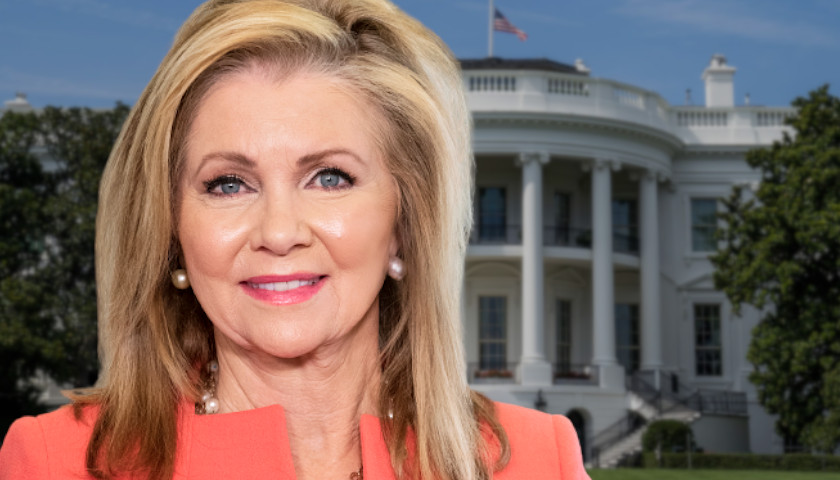 “What they’ve set up is basically a premise that if your message is not government-approved, then what you’re going to experience is state-sponsored censorship …” Blackburn said. “What you give these rogue nations and these dictatorships and these authoritarian regimes [like Cuba] the ability to do is say, ‘Well, we’re no different than the United States, so why are you coming at us?’”

Asserting the White House proposes to take the same censorious approach toward media treatment of various subjects other than COVID, the lawmaker said this will amount to a de facto muzzle upon Biden critics, particularly in anticipation of the 2022 congressional elections.

“Now [the Democrats] have the House, the Senate, the White House; they feel like time is ticking and that they’ve got to work like crazy to get things done before they lose,” Blackburn said.

Alarmed at White House Press Secretary Jen Psaki’s assertion that the administration is “in regular touch with the social media platforms” to alert them to posts suggested to be “problematic,” Blackburn sent a letter to President Joe Biden on July 16. Therein, she requested the president explain how he wants social-media platforms to decide which posts to flag or remove and which users to ban as well as how he has determined he can legally make these requests. She also asks him to identify the 12 people he has said are responsible for the majority of anti-vaccine misinformation on social media. She said she hopes to be briefed on this matter by the White House by August 2.

Before interviewing Blackburn, Carter gave an introductory monologue on the subject of government monitoring and censorship of critics and cited the example of Fox News host Tucker Carlson. On July 7, the conservative news analyst reported that a whistleblower had approached him and told him the National Security Agency (NSA) had intercepted emails between him and individuals he believed could help him secure an interview with Russian President Vladimir Putin.

The whistleblower, Carlson said, informed him the NSA was devising to leak the communications in order to damage him professionally. That day, the news site Axios reported hearing from its sources that Carlson was discussing the possibility of a Putin interview with Kremlin contacts.

“Honestly, the whole thing was kind of shocking,” he said. “The government was spying on us? Come on! It seemed crazy, but it’s true. And no one in Washington appeared to be shocked in the slightest.”

Carter called the Carlson matter “an effort to target him and to target his ability to speak freely.”