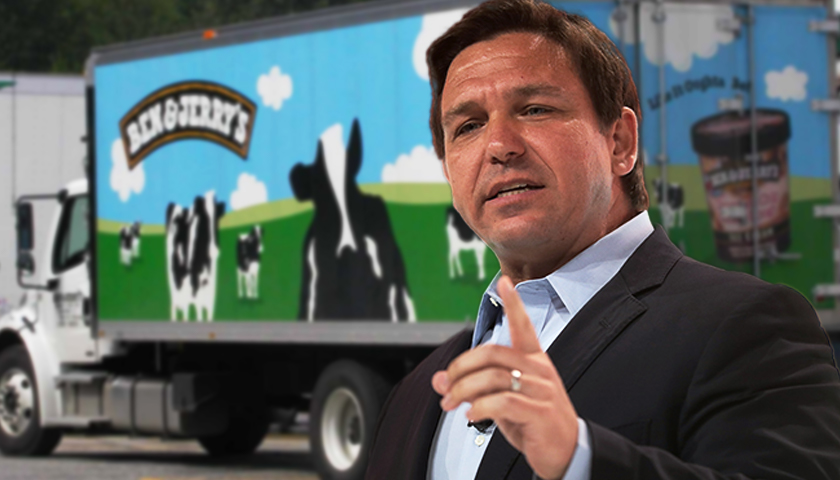 DeSantis called on the SBA by way of letter to show the historic relationship between Florida and the nation of Israel and the “commitment to a swift response to those who discriminate against the Israeli people.”

“It has come to my attention that Ben & Jerry’s has announced plans to remove its products and prohibit the sale of its ice cream in Judea and Samaria. These actions taken by Ben & Jerry’s fall squarely within the prohibited activities defined by Section 215.4725(1)(a), Florida Statutes. Ben & Jerry’s is a wholly owned subsidiary of Unilever, a publicly traded company in which Florida holds multiple investments.”

“Therefore, I am requesting the State Board of Administration (SBA) immediately place Ben & Jerry’s and Unilever on the Continued Examination Companies that Boycott Israel List, and initiate the process to place Ben & Jerry’s, and by extension Unilever, on the Scrutinized Companies that Boycott Israel List. Please provide an update on the status of this process to me and the other Trustees as soon as possible.”

Companies placed on the Scrutinized Companies that Boycott Israel List prevent the board from buying stock in Unilever, the parent company of Ben & Jerry’s, along with its corporate entities. The SBA would also be barred from contracting with Unilever unless the boycott ended.

However, Unilever’s CEO said he is fully committed to working and operating with Israel, seemingly distancing itself from Ben & Jerry’s.

“Unilever remains fully committed to our business in Israel,” CEO Alan Jope said. “This was a decision that was taken by Ben & Jerry’s and its independent board in line with an acquisition agreement that we signed 20 years ago.”

Ben & Jerry’s initially made the announcement to halt its partnership with its licensee which makes and sells its ice cream in Israel, which Ben & Jerry’s called “occupied Palestinian territories.”

Texas is also considering sanctions and blacklisting Ben & Jerry’s over their decision.