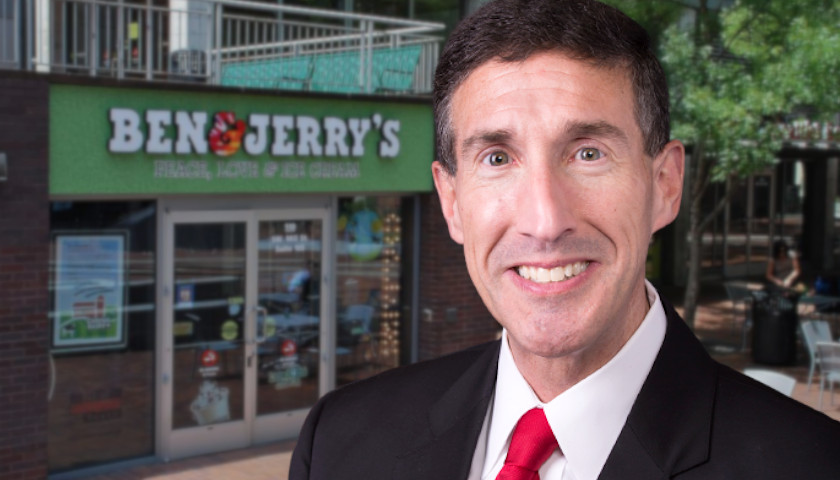 “This shouldn’t even be a debate,” he told Sean Spicer and co-host Lyndsay Keith on a broadcast of Newsmax’s Spicer & Co. “They shouldn’t have started this controversy.”

The congressman noted Ben & Jerry’s has received a sharp backlash as a result of its move, including from the Israeli government and from many Americans, which could take the form of a counter-boycott. Israeli Prime Minister Naftali Bennett has admonished Unilever, Ben & Jerry’s parent company, that such a response would spell “severe consequences” for the corporation.

Along those lines, Keith cited the Wheaton, Maryland-based Shalom Kosher Market, which has announced it will no longer sell Ben & Jerry’s Ice Cream.

“When people around the world look to the United States to lead an example, and we need to show strong support for Israel—they’re our leading democracy in the Middle East—and an ice cream company makes it political, it’s a real shame,” Kustoff said.

Kustoff, who is himself Jewish, likened the corporation’s decision to anti-Israel vitriol voiced by some congressional Democrats. One such Democrat is Representative Ilhan Omar (D-MN-5), who tweeted last month that “we have seen unthinkable atrocities committed by the US, Hamas, Israel, Afghanistan, and the Taliban.” Another is Representative Rashida Tlaib (D-MI-13), who last year retweeted a message declaring “From the river to the sea, Palestine will be free,” an expression calling to mind the elimination of the Jewish state.

“You cannot have peace if you undermine the economic reality and create division,” the mayor told members of the press Tuesday. “I believe it’s absolutely the wrong approach and I don’t believe that Ben & Jerry’s should be doing that.”