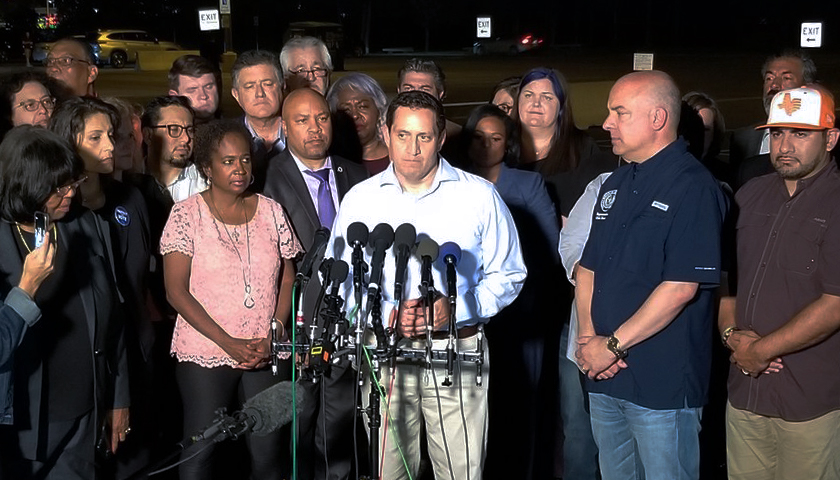 The number of coronavirus infections among Democratic lawmakers who fled to Texas to stall a voting reform bill increased over the weekend.

At least five members of the Democratic delegation have tested positive for the virus, a person familiar told the Associated Press. The Texas House Democratic Caucus announced three of the lawmakers had tested positive as of Friday, but said the entire group had been fully vaccinated.

“This morning, I received a positive COVID-19 rapid antigen test result. I am fully vaccinated, and had tested negative on Friday and Saturday,” Democratic State Rep. Trey Martinez Fischer tweeted Sunday night. “I am quarantining until I test negative, and I am grateful to be only experiencing extremely mild symptoms.”

Fischer added that the new coronavirus variants were aggressively sweeping the nation similar to how “anti-voter legislation” is sweeping the nation. Despite the rising number of cases among the delegation, he doubled down on their efforts in Washington, D.C.

Nearly 60 Democrats left Texas for the nation’s capital last week to prevent a vote on multiple Republican bills including one reforming election security. Departing the state prevented the legislature from reaching the required two-thirds quorum necessary to hold any vote.