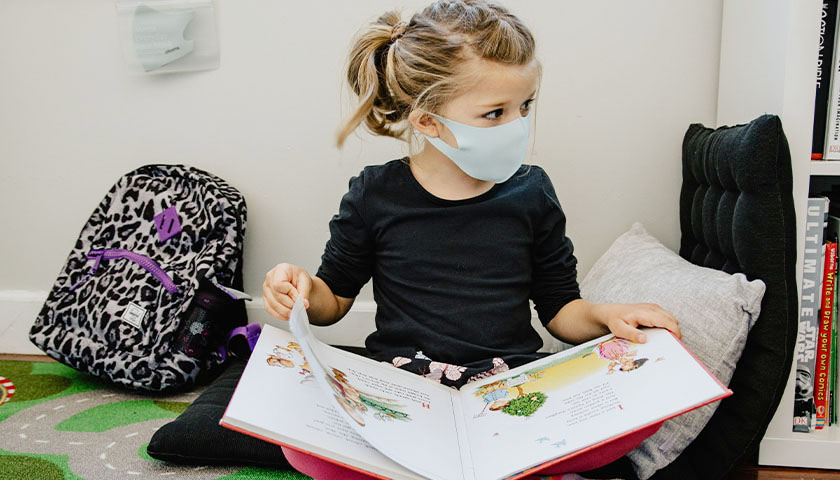 The Ohio Senate amended House Bill 244, which passed in late June along party lines, to prohibit public schools from requiring any vaccine not fully approved by the U.S. Food and Drug Administration and from discriminating against unvaccinated individuals. The FDA approved COVID-19 vaccines on an emergency basis.

The bill also allows military families moving into Ohio to enroll their children in school virtually or through advanced enrollments before they move into the state.

“It is critically important that we support our military families’ education and wellbeing as they transition in and out of military installations in our state,” Rep. Brian Lampton, R-Beavercreek, said in a statement. “Additionally, I support the Senate amendment to House Bill 244. By prohibiting our educational institutions from requiring vaccines that are not fully approved by the FDA, we are ensuring that safety is at the forefront of our priorities.”

Democrats were disappointed in the signing at a time when Ohio’s vaccination rate lags the rest of the nation and less than 50% of the state’s population has received at least one dose.

“I am disappointed by Governor DeWine’s decision to sign House Bill 244 into law. Public schools and universities in Ohio should be able to create policies to keep their students safe,” Senate Minority Leader Kenny Yuko, D-Cleveland, tweeted.

Opponents of the bill also argue the law limits public schools and colleges from implementing mitigation plans for unvaccinated students.

“This bill puts political self-interests ahead of good public policy,” said Rep. Allison Russo, D-Upper Arlington. “With the arrival of the delta variant, this country is still in the midst of a dangerous pandemic and unvaccinated individuals are at higher risk. Public schools and universities deserve to have the flexibility to either require COVID-19 vaccines or establish mitigation procedures they deem appropriate for the circumstances in the communities.”

The amendment does not limit private schools from requiring vaccines for students and staff.

Sen. Cecil Thomas, D-Avondale, argued against the amendment on the Senate floor, saying it’s unfair to create the restriction for only public schools.

“If the intent is to protect the children, the intent should be across the board,” Thomas said.

DeWine announced the signing via a news release Wednesday afternoon without comment. He was asked Tuesday at a media event about his intentions but offered no indication whether he would sign or veto the bill.

DeWine did say he plans a second vaccine incentive program, which is expected to be announced at some point next week.

An Ohio native, J.D. Davidson is a veteran journalist with more than 30 years of experience in newspapers in Ohio, Georgia, Alabama and Texas. He has served as a reporter, editor, managing editor and publisher. He is regional editor for The Center Square.