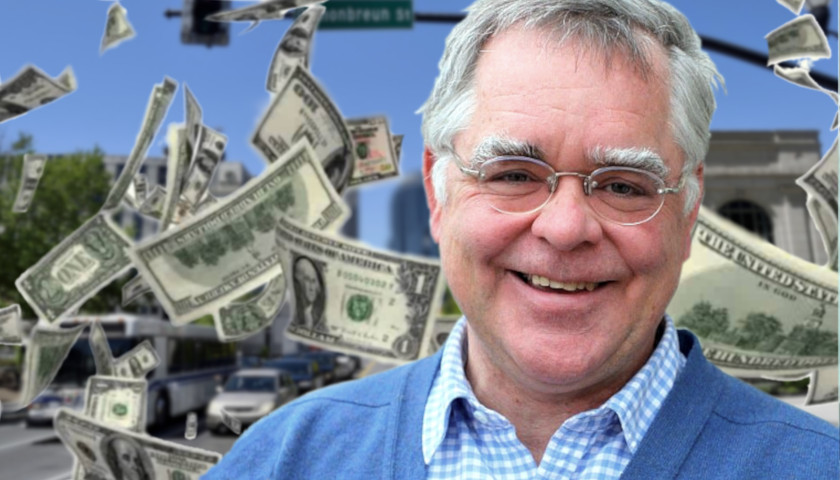 Members of an organized campaign who oppose the Nashville Taxpayer Protection Act are reportedly well-stocked with cash and have more that 400 times as much money as the people who favor it.

The people on the opposing side — residents who have pushed for the referendum — have a sum of cash that, by comparison, is paltry.

This, according to a report this week from Nashville Public Radio.

The group paid $330,000 to Fortune Media, a Redondo Beach, California company, for ad buys. The group also made lavish expenditures to consultants. $100,000 went to an Austin, Texas consulting firm called the Eller Group, and $20,000 was paid to the Nashville based Maynard Group.

The station posted a Campaign Financial Disclosure document that showed “Save Nashville Now” had a balance on Monday of $90,262.19.

The Nashville Taxpayer Protection Act referendum aimed to rescind Nashville Mayor John Cooper’s controversial 34 to 37 percent tax increase, which Cooper argued was to stabilize the city’s finances. If enacted by voters, the measure would have dramatically altered the budget of the city — immediately slashing $40 million.

Chancellor Russell T. Perkins, a Nashville judge, struck down the provisions of a referendum on the city’s taxes that was scheduled for July 27. The ruling invalidates the referendum and cancels the special election that was to be held, which would have allowed voters to determine the fate of the dramatic tax hike.

The cancellation of the Nashville Taxpayer Protection Act referendumpromptedofficials with Americans for Prosperity – Tennessee (AFP-TN) to renew their efforts to pass a state law to control a city or county’s reckless spending habits.

Members of the Tennessee Supreme Court announced Friday they will not involve themselves in legal action between the Davidson County Election Commission and the Metro Nashville Government over the Nashville Taxpayer Protection Act.

Members of the Davidson County Election Commission had requested that the Tennessee Supreme Court assume jurisdiction over its pending appeal.

“The Court has carefully considered the motion, the response, and the reply,” Tennessee Supreme Court officials wrote.