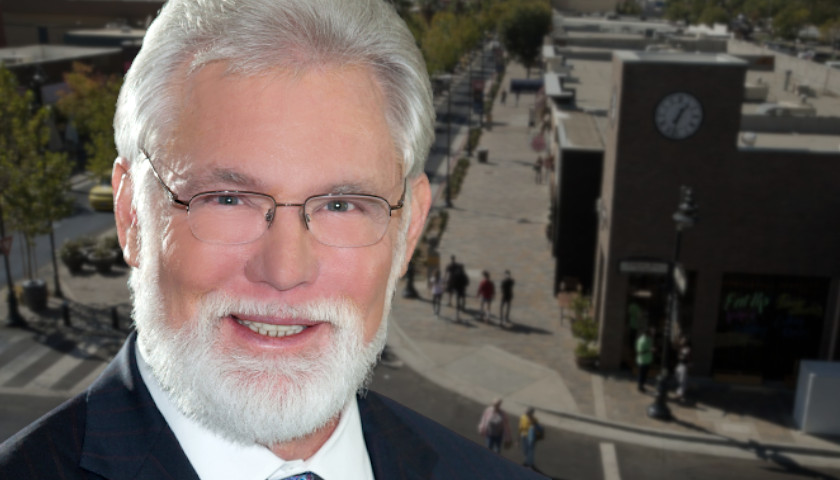 A Republican mayor in Lancaster, California wants to suspend city employees if they refuse to get vaccinated against COVID-19, Fox 11 reported Tuesday.

Republican Lancaster Mayor Rex Parris said that employees who interact with the public must be vaccinated, according to Fox 11. Employees would be suspended without pay if they don’t take the shot.

“We have an absolute right to deal with public health issues and do whatever’s necessary to protect the public health,” Parris said, according to Fox 11.

“I do think people have the right to decide for themselves their own personal health. That’s not something the government should be interfering with,” Parris told FOX 11. “I think it’s pretty much a no-brainer that if you have contact with the public that requires you to be within 6-feet of them you have to be vaccinated or we’ll help you find another job in the city to do until this crisis is over.”

Parris also said there are some risks with getting vaccinated, but the rewards outweigh it, according to Fox 11.

“Employers have a right to require that employees be vaccinated in order to continue or return to work. They can require proof of vaccination,” labor lawyer Angela Reddock-Wright said, according to Fox 11. “There are only two exceptions to that rule – for health reasons or for religious reasons.”

A June CBS News-YouGov poll found that 79 percent of Democrats believe a private business can require employees to be vaccinated. Meanwhile, only 39 percent of Republicans agreed.

Democratic President Joe Biden’s administration said they had no plans to impose a federal vaccination mandate or database in May.

A Republican state representative in Washington issued an apology July 1 after comparing unvaccinated people to Jewish victims of the Holocaust.

Steven Hall is a reporter at Daily Caller News Foundation.