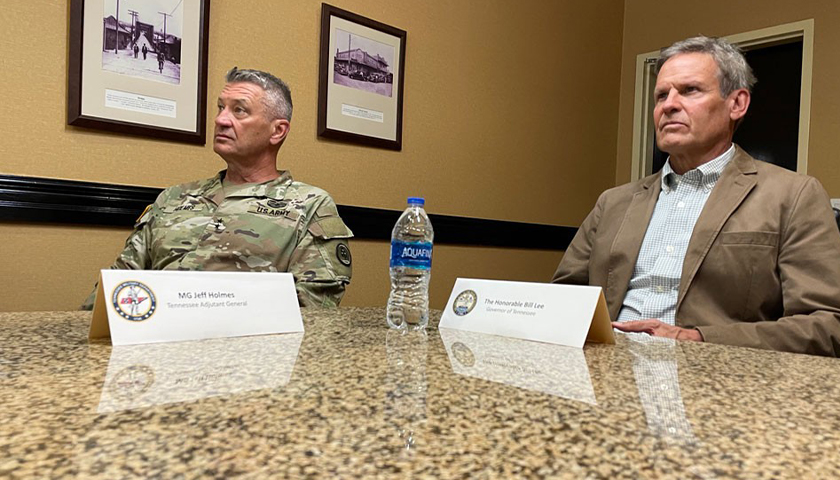 Tennessee Governor Bill Lee visited the Southern border over the weekend and toured various sections of the area. Upon examining the situation, Lee called the state of affairs a “national security crisis.”

“What I saw at the border is unsustainable for our country and should be number one priority for national security. Tennessee will always step up and serve, but we need immediate reinforcements, like a finished border wall, to ensure our men and women in uniform have the tools they need to do their job,” Lee said.

Over the course of his visit, the governor received briefings on the dramatic increase in illegal border crossing and drug trafficking.

Lee announced his trip to the area last week — detailing plans to visit with nearly 300 members of the state’s National Guard that have been deployed to help curb the illegal activities.

“Tennesseans serve on the front lines of the Southern border crisis, and it has rapidly escalated to not just a matter of public safety, but a threat to our country’s national security. Americans owe these troops a debt of gratitude for their service, and the federal government owes Americans a plan to restore both our border security and our standing as a global power,” Lee said, describing the group’s efforts.

Border state governors have pleaded with every state across the country to send additional resources to help with law enforcement. The leaders point to the lack of action from the federal government as the basis for their need.

Governor Lee has not committed to sending additional law enforcement officers to the area.

Cooper Moran is a reporter for the Star News Network. Follow Cooper on Twitter. Email tips to cooperreports@gmail.com