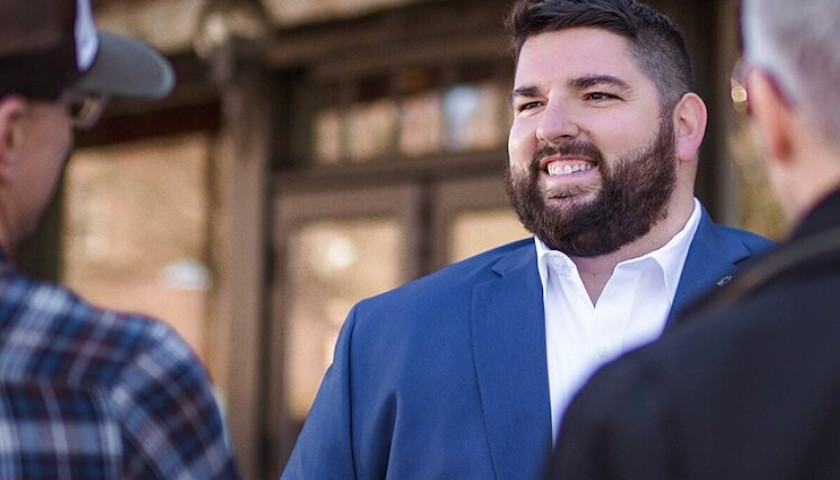 This, according to an emailed press release.

Smith, according to the press release, is the first local sheriff to formally endorse a candidate in the race.

“Matt will take his sledgehammer to Washington, get the job done, and be a voice for everyday Georgians. As someone who unequivocally supports our first responders, I know Matt will always fight to fully fund law enforcement and have our back every step of the way. I encourage my fellow Barrow County residents to join me in supporting Matt Richards for Congress,” Smith said.

“Now more than ever, as our nation is swept by historic crime waves and radical anti-police rhetoric, our men and women in law enforcement deserve a strong leader that will back the blue 100 percent.”

Richards, meanwhile, said he “will wreck the Left’s ‘defund the police’ movement.”

Richards last month described himself as “a pro-Trump businessman who went from sleeping on a dirt floor to owning his own multi-million dollar demolition company in Atlanta.” He said at the time that he will put $1 million into his campaign. Richards said he was born in Lilburn and currently resides in Bethlehem. He also said he dropped out of high school to provide for his family but, through hard work and determination, he worked his way up in business and now owns Legacy Demolition.

Hice announced in March that he wants to replace Georgia Secretary of State Brad Raffensperger and will run for Raffensperger’s seat next year.

“One of our most outstanding Congressmen, Jody Hice, has announced he is running for secretary of state in the great state of Georgia. Jody has been a steadfast fighter for conservative Georgia values and is a staunch ally of the America First agenda. Unlike the current Georgia secretary of state, Jody leads out front with integrity,” Trump wrote.