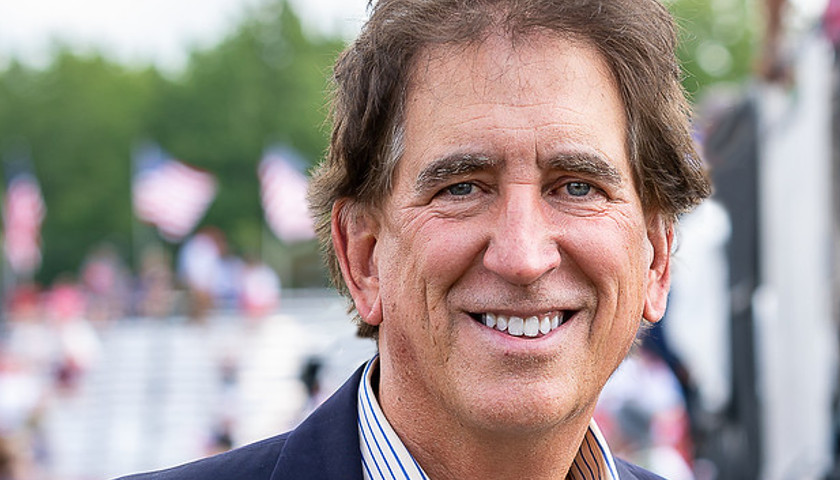 WELLINGTON, Ohio – Republican primary challenger Jim Renacci said he jumped into the gubernatorial race because, after two and a half years under Governor Mike DeWine, Ohio has fallen farther behind.

The former U.S. Congressman only announced his bid as Ohio’s Republican candidate for governor a few weeks prior.  Previously, Renacci held Ohio’s 16th District House seat from 2011 to 2019.

The district is currently represented by Anthony Gonzalez, who voted in favor of Trump’s second impeachment.  Gonzalez was the target of part of Trump’s remarks at the rally, which was scheduled there in support of Gonzalez’s Republican primary challenger and former Trump White House adviser Max Miller.

While Renacci will be facing off against a first-term incumbent in the primary, DeWine faces an uphill battle with Republicans after his handling of COVID-19.

A May 15 poll of 837 likely Republican voters shows DeWine trailing Renacci 29 to 47 percent – a nearly 20 point margin weeks before Renacci even kicked off his campaign. 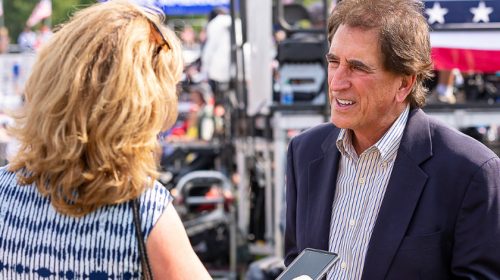 Renacci said he jumped into the governor’s race two and half years ago because he knew that then-candidate DeWine was not the right guy.

“Two and a half years later, he has proven that,” said Renacci.

Renacci withdrew from the race in 2018 before the Republican gubernatorial primary and ran for U.S. Senate.  While he won the Republican primary handily, he lost to Democrat Sherrod Brown in the November 2018 general election.

Renacci told The Star his handling of COVID would have been markedly different than that of DeWine.

He then observed that during COVID, “They were shutting everything down, but not shutting the abortion clinics down.”

What Renacci said was worse, though, was that DeWine and his medical director were scaring people.

“They were absolutely scaring people, and I would have never allowed that to happen,” he said of statements about the number of COVID cases would occur in Ohio and that the hospitals would be full.

Renacci was asked about the gas tax increase that DeWine spearheaded not long after he came into office in 2019.

Renacci said it’s not that the gas tax shouldn’t be looked at, but “only as a last resort” and that there many other things DeWine could have done first.

In his first 100 days in office, Renacci said he would focus on the state’s spending problem.

“Ohio has to cut expenses.  Ohio has to fix their tax system.  We’re spending too much.”

As a point of comparison, Renacci explained that Ohio spends in its budget $80 billion per year, while Florida, which is twice the size of Ohio, spends $88 billion.

“How does that happen?” asked Renacci.

Meanwhile, the states of Georgia and North Carolina, which are roughly the same size as Ohio, spend half the amount that Ohio does.

After reducing expenses and changing the tax system, Renacci offered, “Then we’ve got to make sure people want to stay.”

Renacci was excited for the future of the state.

“Ohio has so much opportunity.”

“I want to make a difference.  I want to change Ohio,” said Renacci.

Laura Baigert is a senior reporter with The Star News Network, where she writes for The Ohio Star, The Tennessee Star and The Georgia Star News.